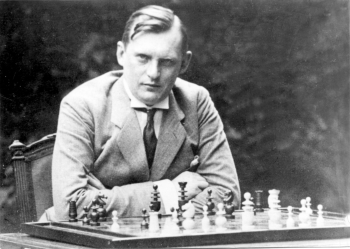 Alekhine is known for his fierce and imaginative attacking style, combined with great positional and endgame skill. But he is also known for his simultaneous blindfold game records.

In simultaneous blindfold games the master has to remember several different positions at the same time without looking at the boards. The opponents can see everything of course, and they also have much more thinking time. The master is informed about the opponent moves through a referee, also known as a “teller”. 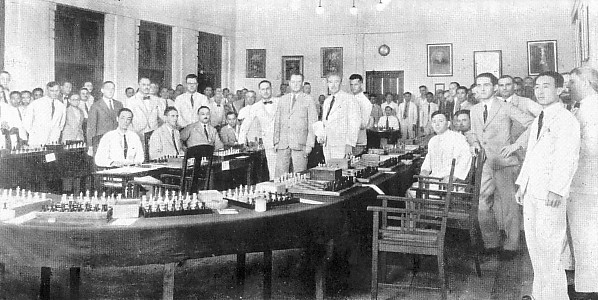 In 1924 at the Alamac Hotel of New York Alekhine played 26 simultaneous blindfold games against very strong opponents with the score of 16 wins, 5 losses, and 5 draws. This was probably the strongest of any blindfold exhibitions ever held. Next year in February in Paris he faced 28 teams of four players each, with the impressive result of 22 wins, 3 losses, and 3 draws.

Now let’s take a look at a beautiful game from his Scottish tour where he played 96 simultaneous games very successfully (won 87, drew 6, lost 3) in four chess clubs. His first opponent was the experienced club player Dr J. Forrester. The game was played in the Glasgow Chess Club on October 2. 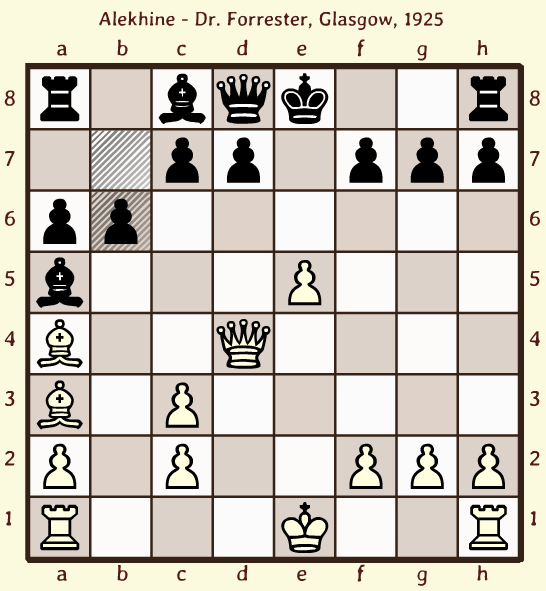 Alekhine was already among the strongest chess players in the world in his twenties. He won most of the tournaments in which he participated. In 1927 he became the fourth World Chess Champion by defeating the legendary Capablanca and held the title for 8 years. 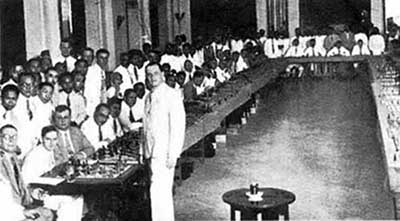 In the early 1930s, Alekhine dominated tournament play and decisively won two top-class tournaments. In 1937, he regained his crown in the rematch against Max Euwe and defended it for another 9 years.