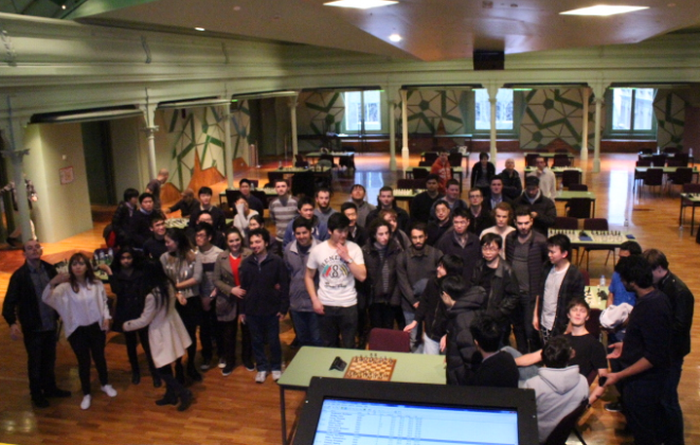 A chess tournament between universities has not taken place in Australia in over a decade, but with the help of sponsors and enthusiastic work of the organizers the chess clocks have started in Melbourne recently. We can only earnestly thank LearningChess.net for helping make it happen! 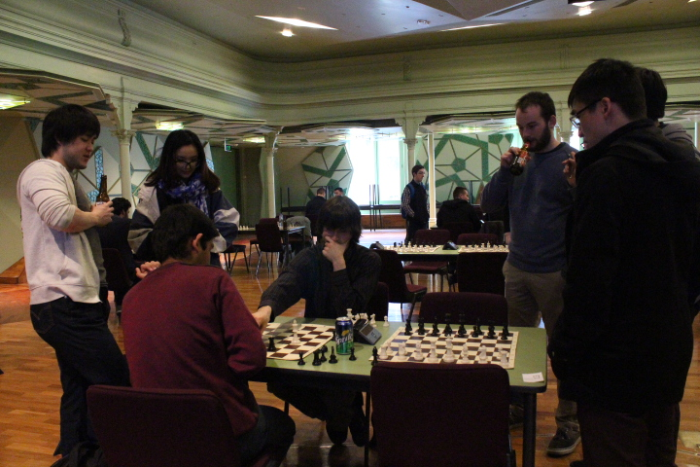 The event went very well actually, I think everybody had a tone of fun and there was a high quality of chess all round, other than that though nothing too much out of the ordinary happened. 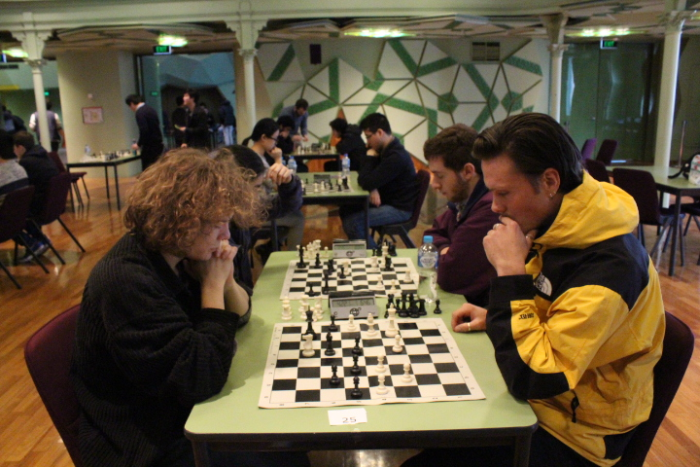 We began the first of 7 Swiss rounds at 10:45 sharp, took a break for pizza and drinks at 12, and then battled on till 3:30. The one thing we hadn’t counted on was that at the end of 7 rounds, the two top scoring players Sunilson Suderson, and Dara Akdag, were equal in points, so we held an impromptu final. After a hard fight Sunderson (playing as white) managed to leverage an early advantage into an eventual checkmate and went home with the $500 first prize chessboard. 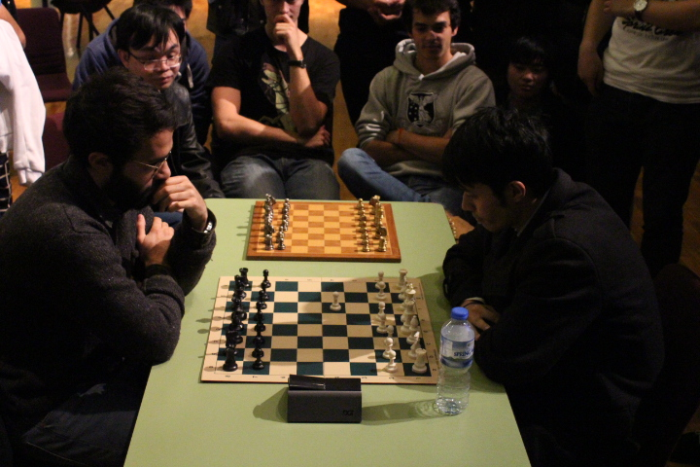 So it was basically a fun day. The crowd was also very enthusiastic about the idea of a second tournament next year, so we’re hopeful about that. We can only earnestly thank LearningChess.net for helping make it happen!