CHESS CURIOSITIES – THE SHOVER OF GOLD 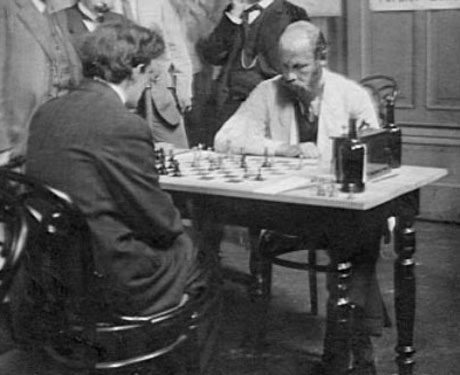 Only one game is known in chess history when after the winning move a ‘shower of gold’ was thrown on the chessboard. Let’s see how all this happened.

In 1912 the German Chess Federation (DSB) convened its 18th congress in Breslau (today Wroclaw, Poland), where – maybe not just by coincidence – 18 well-known chess players participated in the tournament organised for this occasion. Stepan Levitsky, the Russian champion played White against Frank Marshall, the American champion in round 6. A great battle was expected. 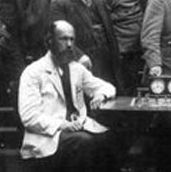 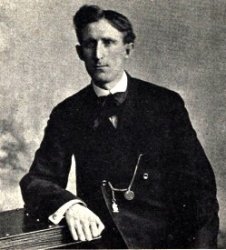 The spectators watched the game close to the board, as it was customary then. The spectators were in favour of Levitsky and bet large amounts of money on him.

Marshall played the French Defence and won a piece after some slight mistakes in the opening, however, the position was still complex: 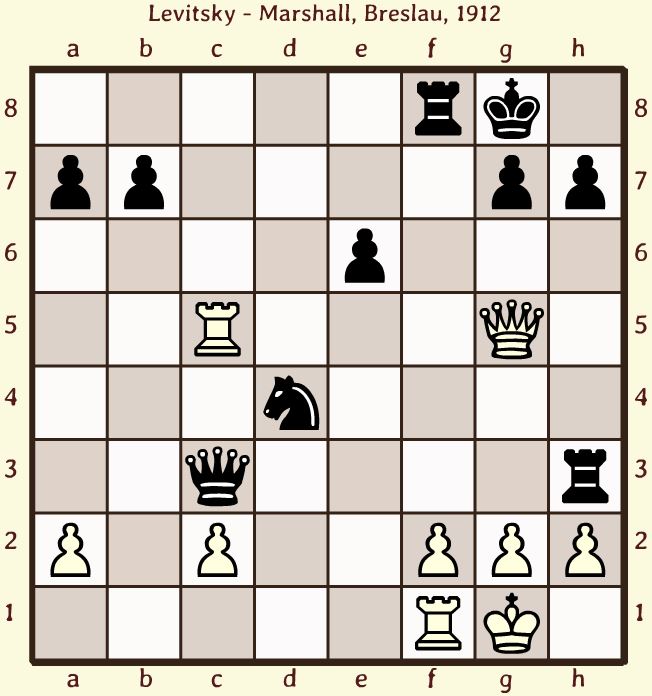 Unbelievable! Black played Qg3, after which even three enemy pieces could take his most valuable piece. Instead of this, White resigned after thinking for a short time.

The move 23…Qg3 by Marshall is indeed considered one of the best moves in the history of chess. So why did Levitsky resign? Try to find the possible outcomes in our grandmaster chess lesson:

Seeing White’s defeat the outraged spectators started throwing their lost gold pieces on the chessboard. This was the legendary ‘shower of gold’, for the first and only time in chess history.

Opinions differ whether it was true or not. However, Marshall added the following comment on this game in his autobiography (My Fifty Years of Chess New York, 1942):

‘Perhaps you have heard about this game, which so excited the spectators that they “showered me with gold pieces!”. I have often been asked whether this really happened. The answer is – yes, that is what happened, literally!’

Marshall was American champion with a fantastic performance for 27 years between 1909 and 1936. Perhaps, we may believe him …